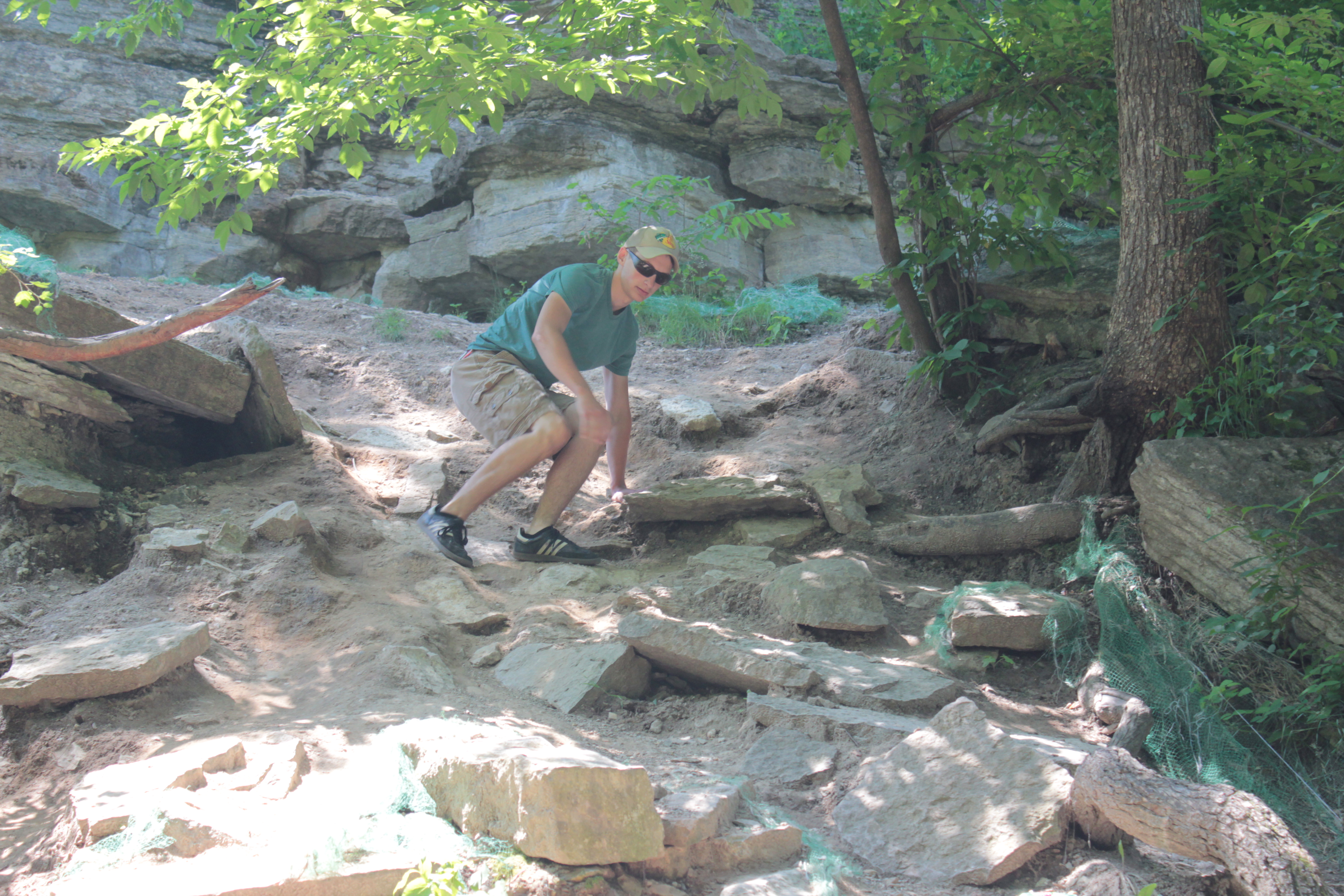 Adam’s younger brother Alex came to visit for an extended weekend at the end of June. It was quite a busy weekend.

The Twin Cities Improv Festival was in full swing. Being frequent attendees of improv, we made sure Alex got a taste of some of the finest improv while he was in Minneapolis. We saw several shows on Friday, Saturday, and Sunday night, and returned again for Show X (Minneapolis’ weekly all-star show) on Monday night. He’s still quoting a few lines from the shows so I think it’s safe to say that he had fun.

We had tickets to the Twins game against the Royals on Saturday afternoon before improv. On Sunday we took Alex to Clancey’s for their amazing thinly sliced deli sandwiches.

We also spent some time hiking at Minnehaha Park. The creek was very full thanks to a lot of recent rain. It had created micro-islands in the marsh, and one bridge was underwater at both ends where it typically has a lot of clearance over the water.